Signs is Out Now

THE MAKING OF SIGNS

Over the last several months, Jonny Lang has been under the care of medical specialists in Los Angeles addressing vocal cord challenges. Guidance has been received to postpone all February and March appearances in the interests of a return to full long-term health. He will spend the next eight weeks in treatment, alongside additional consultation with the primary interest of being healed by mid-April. Over the course of his two decades long career, Jonny has always made every effort to see through all confirmed engagements. In this instance the only move is to protect his return to being able to perform for decades in to the future without risking permanent damage.

Please visit the tour page to see the updated itinerary, including rescheduled shows.

Appearances scheduled during January have been impacted by a physical health issue. Jonny Lang will recover, but in the interests of long term well-being the prudent move is to reschedule where possible.

From the start of his career he has always aimed to never miss a confirmed show, and personally offers a sincere apology to all fans impacted by doctor’s orders which came earlier today that Jonny needs more time to heal his voice.

JOIN JONNY AT THE BENDER! We’re excited to announce that Jonny Lang will be playing the 2020 Big Blues Bender! Gather your crew and join us in Vegas for this amazing event!

General On Sale begins 12/12, 9am PT. Find the perfect package at: bigbluesbender.com

Fleetwood, who curated the list of artists performing, said: “The concert is a celebration of those early blues days where we all began, and it’s important to recognize the profound impact Peter and the early Fleetwood Mac had on the world of music.  Peter was my greatest mentor and it gives me such joy to pay tribute to his incredible talent. I am honoured to be sharing the stage with some of the many artists Peter has inspired over the years and who share my great respect for this remarkable musician. ‘Then Play On’…”

The concert will be Executive Produced by Deke Arlon, Carl Stubner and Mick Fleetwood, in association with BMG and will be filmed for eventual broadcast release.  Martyn Atkins has signed on as Director.

A donation from the event will go to Teenage Cancer Trust, the only UK charity dedicated to providing specialist nursing and emotional support to young people with cancer. Their life-changing care and support for young people before, during and after cancer provides young people with an opportunity to build their self-esteem and meet others living through the same experience. For more information visit:  www.teenagecancertrust.org

Tickets for the show go on-sale Friday, November 15th at 10am GMT 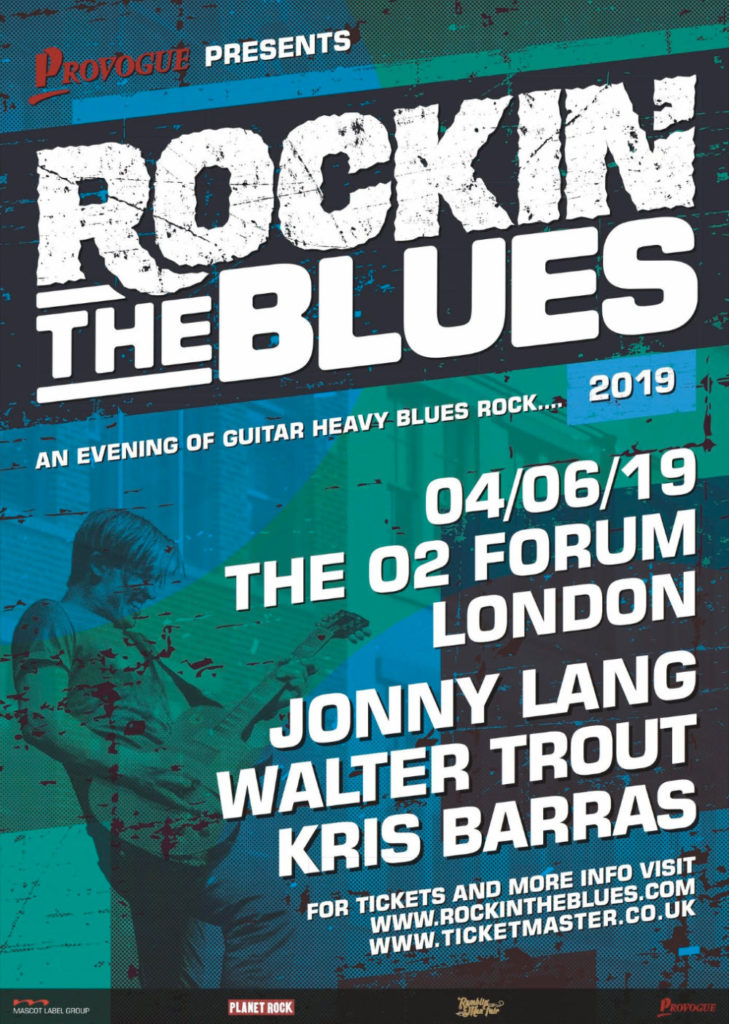 Performances are scheduled in: Germany, France, Italy, Netherlands and the UK!

Tickets on sale THIS Thursday.

For all of the details visit:
www.rockintheblues.com

JONNY LANG TO PERFORM AS PART OF 2019 EXPERIENCE HENDRIX TOUR 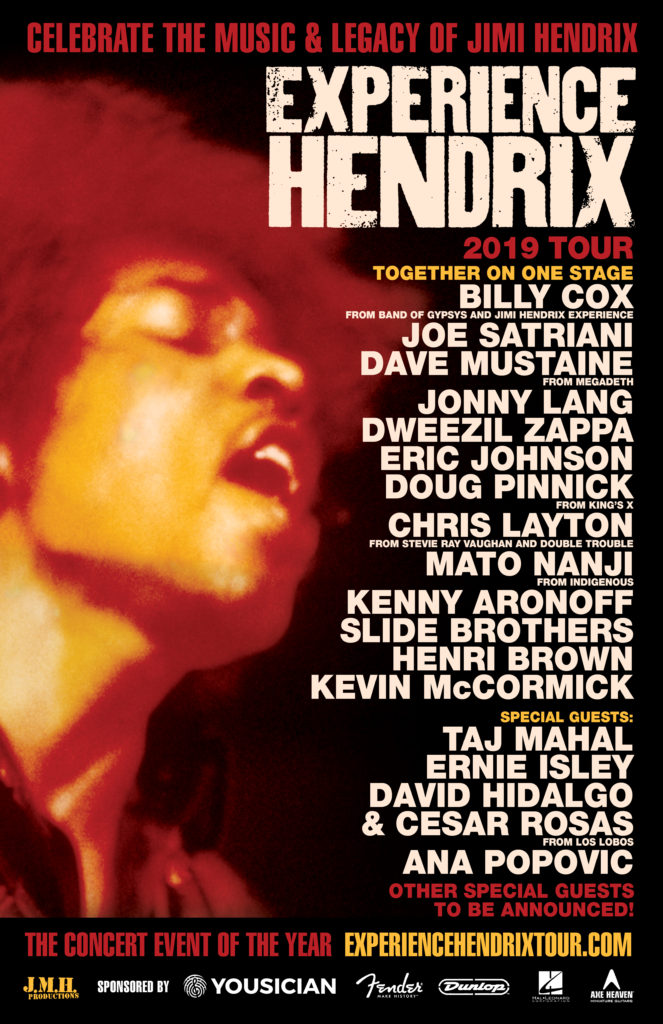 The Experience Hendrix Tour, the critically acclaimed multi-artist celebration of Jimi Hendrix’s musical genius is returning in 2019 with its biggest ever tour—30 dates through the East Coast, South and Midwest. What began as a single show tribute at the Rock & Roll Hall Of Fame in 2000 has blossomed into a full-fledged concert experience that has thrilled countless fans across the US. The tour presents a host of great artists collaborating and interpreting Hendrix’s legendary songs as part of a powerhouse, three hour concert experience.
This latest edition of the much anticipated tour once again emphasizes the influence Hendrix has made on a diverse group of artists. Jonny Lang will join Joe Satriani, Taj Mahal, Ernie Isley, Dweezil Zappa, Dave Mustaine along with other Hendrix mainstays such as Billy Cox and Eric Johnson will also be on board for the expedition. The Experience Hendrix Tour offers fans a rare opportunity to see many highly regarded players performing together in a unique setting.

The tour kicks off March 3 kickoff in Pompano Beach, FL.